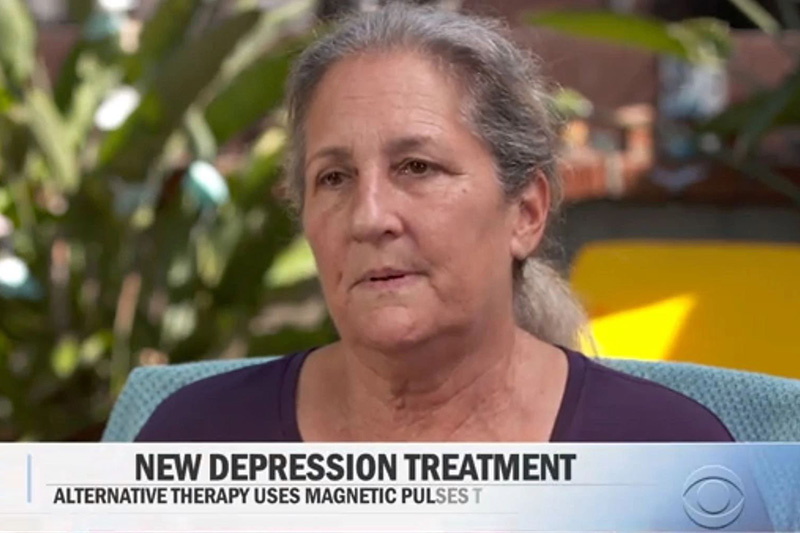 “I have so much hope”: How deep transcranial magnetic stimulation changed one woman’s life

Antidepressant medications and psychotherapy are the first-line treatments for depression, which the CDC estimates one out of every six adults will have at some point in their lives. Those treatments, however, don't always work for everyone. In some instances a treatment called deep transcranial magnetic stimulation, might be used as an alternative or in combination with medication as a therapy.

"Depression is the greatest thief ever. It robs you of your life, your happiness, your joy," Terry said. "And I thought, there's no hope. I might as well just get used to it … I'll do the bare minimum of what I have to do in life, otherwise I am just going to sit in my chair, do nothing, watch TV."

"When a person has depression, a certain area of their brain is underactive," said Dr. Aron Tendler, the chief medical officer for BrainsWay. The company's device uses magnetic pulses to create electrical activity and stimulate the areas in the brain that don't fire normally in people with depression.

The treatment is less invasive than electroconvulsive therapy, which works by inducing seizures in patients under anesthesia. Terry said that after the first week she was already sleeping better. Patients undergo 20-minute treatments, five days a week for an average of six weeks.

"They can drive, they can go to work," Tendler. "It's highly effective and low risk."

And Terry says, these days, she's feeling an unfamiliar but welcome emotion: joy.

"It's weird. I started noticing things around me more," Terry said. "One thing recently that happened. … about a week ago we were walking home and I, out of the blue, popped into my head and I said 'I love life.' I've never said that before."

Still, doctors caution that the therapy has limitations.

"It turns out there is nothing we have that is perfect for everyone," said Dr. Steven Siegel, head of psychiatry at Keck School of Medicine at the University of Southern California.

He says the daily sessions can be time-consuming and prohibitive and the treatment can be extremely expensive if not covered by insurance.

"I think it's important that people know that TMS is only one of the options available. We have talk therapy which is effective, we have medications which are very effective," he said.

Marcia Terry said the treatment worked so well for her, that if she has another bout of depression she'll 100% try it again. "I will never give up again and I have so much hope."

The device is FDA cleared, but some experts say there isn't enough research on who this will help and its longterm effectiveness. They say deep TMS is not for everyone and that people experiencing depression should work with their health care provider to find the solution that's best for them. 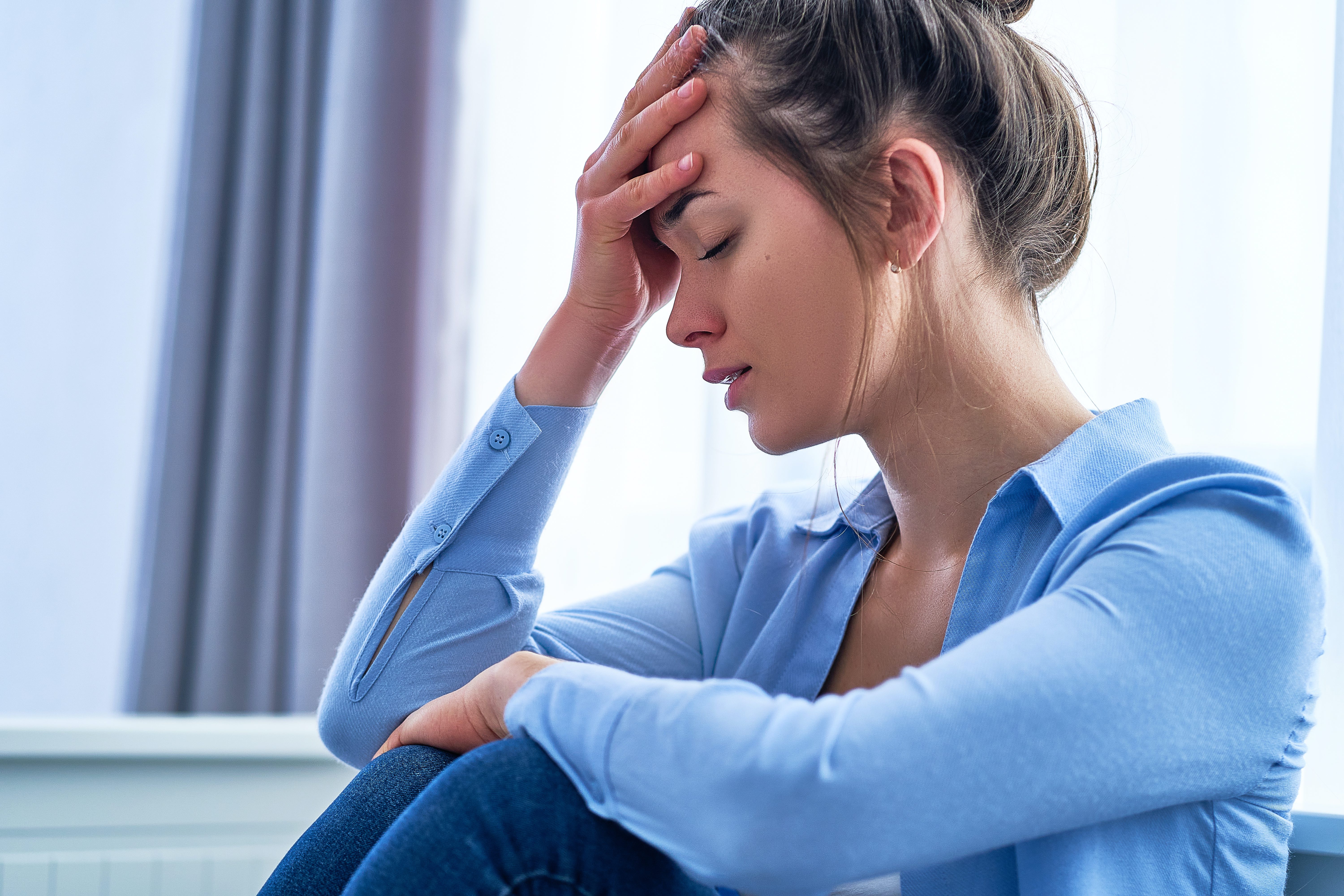 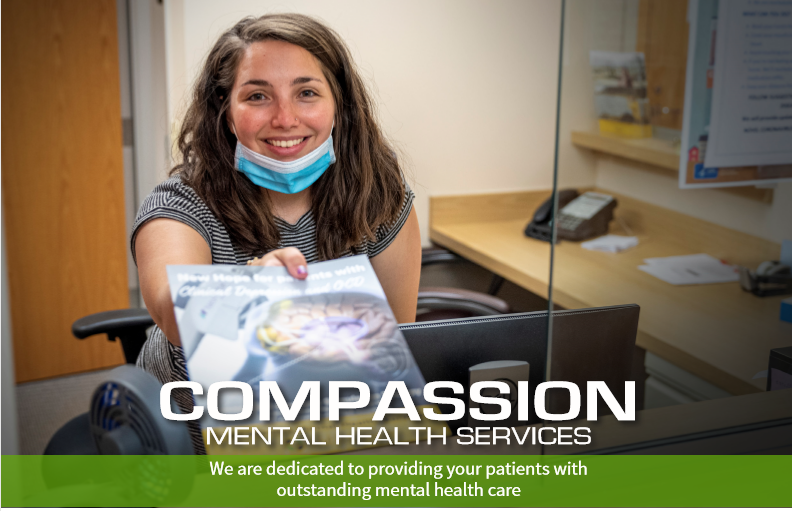 Coping with Stress during COVID-19 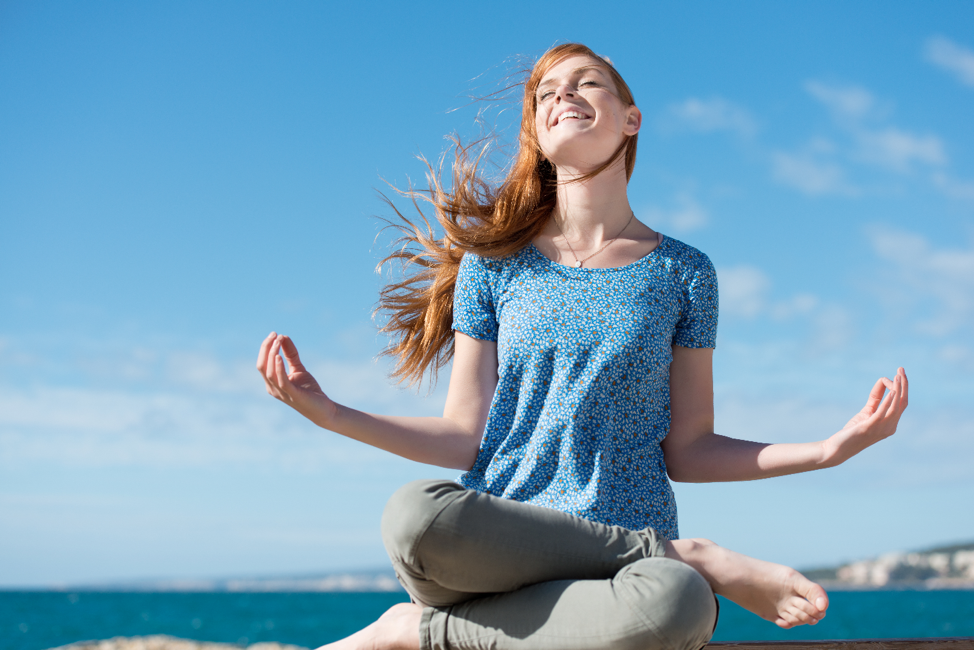